The discount rate: One year on

It’s a year since the then Lord Chancellor, Liz Truss, announced that the Discount Rate would reduce to -0.75%. Allianz has commissioned freelance journalist and ex-editor of Insurance Age, Rachel Gordon to interview three Allianz technical experts to see how they see the issue now.

On 27 February 2017, the insurance industry and the NHS were handed a shock when Liz Truss, then Lord Chancellor, announced a change to the discount rate, bringing it down to -0.75% from 2.50%.

While, outwardly, these figures appear insignificant, they have made a big difference to insurer costs. The industry quickly switched on to what this meant for the customer - and so began campaigning for change.

The message has been received by the government, and a more balanced approach to setting the rate is being considered with a revision sometime in 2019 anticipated, meaning more stability for the insurance sector, while still providing claimants with equitable settlements.

The background - understanding the discount rate

Consultation is underway and a change would be subject to parliamentary review and legislation – this could mean waiting well into 2019. So, what has happened and where are we now? It should be remembered insurers were preparing for a cut, and the Ministry of Justice was prompted to act because of stagnant investment returns, and ongoing pressure from the claimant community. The discount rate had remained the same since 2001 but the percentage reduction was more extreme than expected.

Assessing damages is complex, but the claims in question are for the most serious injuries, with claimants almost certainly needing lifelong care. Settlements are awarded by the courts, with lawyers representing the claimant and the insurer, and it often takes years for them to be decided because it takes so long to obtain the full medical picture. Judges use the Ogden tables to calculate compensation, with sums running into millions of pounds. The courts then apply a calculation - the discount rate - set to reflect the return on the lowest risk investments, government-backed index-linked gilts.

A false premise – and a change of tack

If someone has little chance of recovery then, clearly, their money must be safe. The claimant will almost certainly use an experienced financial adviser to ensure the settlement is invested wisely, and the advice will almost certainly not be to put all the settlement in gilts. The route taken will be more diversified and, while still low risk, result in a higher return. Indeed, the government’s approach that gilts should be the sole investment choice was incorrect and the -0.75% figure skewed.

However, last September, the government said the discount rate was under review and there is now acceptance of a broader investment strategy. The Lord Chancellor has indicated that, subject to consultation, a revised figure of between 0% and 1% is likely. This in itself is only an indication, and can be affected by several external factors, such as Brexit, interest rates, UK inflation, and the makeup of the reviewing panel. Even so, it is not turning back the clock and claims will still cost more in the interim.

The government is also considering other changes to improve stability and clarity and with more regular monitoring. This includes the rate being reviewed by an independent panel within 90 days of the new legislation coming into force and then at least once every three years, therefore ensuring each administration would review the situation at least once.

Currently, Allianz is getting on with the day job in terms of settling claims, and they’re also keeping brokers involved and updated, since they are often talking directly to customers. It’s a challenging situation, as their specialists, explain. 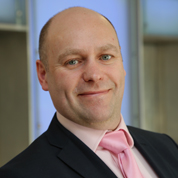 The discount rate cut is not just an issue for insurers, it also negatively affects society.

"Criticism focused at insurers – as occurred when insurers spoke out about the discount rate cut – is misdirected. We’re here to pay claims, but the level of compensation should be appropriate. If we over-compensate, this results in the need for higher reserving, buying more reinsurance and costlier premiums.

"The knock-on effect of pressure on the NHS has also hit home with the government. It’s been reported there will be a £6 billion hole in NHS funding because of the discount rate cut, affecting services and increasing the burden on taxpayers.

"Claimants should also remember there is a place for periodical payment orders, which are awarded by the court and are not impacted by the discount rate. The reality is a lump sum tends to be preferred, such as for professional care and case management, but in the case of an injured young child, for example, regular payments can be a better alternative." 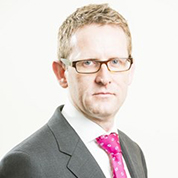 The communication challenge is one that should be shared. The rate cut has created market instability, which is unfortunate, and the change has impacted claim severity rather than frequency. Many customers have found it difficult to understand why rates need to rise because the majority of them haven’t had a claim impacted by the change.

"It’s important the insurance sector explains the impact of Ogden to customers, using the *facts. This responsibility needs to be shared right across the industry. In a period of rising premiums the industry must demonstrate how it can help customers respond through advice on risk management and budgeting." The discount rate cut does not just affect motor; it affects all personal injury claimants, as brokers will be well aware. We have seen some significant uplifts in public and employers’ liability claims and it’s not that rare to see these run into eight figures.

"Unlike motor, liability policies are written on a limit of indemnity basis, meaning that it is essential that levels which are appropriate to the exposure are sought – if an insufficient level is purchased then the additional costs go onto the insured’s balance sheet. Levels which might have been appropriate prior to February 2017 may not be in today’s environment, so it’s vital that brokers keep a close eye on their clients’ limits of indemnity, with reviews being even more important following the discount rate cut.

"If an accumulation of employees is affected, there could be a claim in excess of the market standard £10 million limit – this means brokers need to be advising on excess of loss options. The cover is readily available and brokers must work with their customers to help them determine appropriate limits of indemnity.

"The discount rate cut has been damaging, but insurers remain mindful of their responsibilities. There is support for ongoing independent reviews of the rate and for the creation of a workable and lasting framework. This will not only benefit insurers and all those who depend on them, but it’s also the surest way to create much needed stability for claimants."

As I have said in the past, providing seriously injured people with a fair and appropriate level of compensation is the right thing to do. The sharp increase in the cost of settling personal injury claims is contributing significantly to rising premiums for customers. The pressure on insurers to pass on this cost to the customer can be removed by an appropriate government response."

This promotional material is intended for insurance broker use only and no-one else should rely upon it.

It must not be made available to anyone other than the intended recipient, either in its original form or any reproduction.